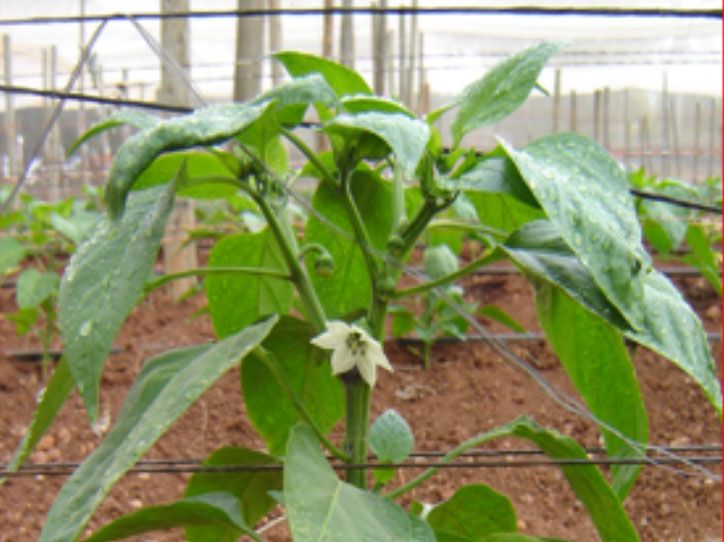 Seedlings are the beginning of any sweet pepper crop.  It therefore makes sense to pay particular attention to seedling quality.  Sweet pepper seedlings tend to grow slowly and it became common practice to transplant them when they are ‘strong’ and the roots hold the medium nicely as shown in Figure 1.  At this stage seedlings have 4 – 6 true leaves and are about 10cm tall.

What happens if seedlings are transplanted when they are younger?

Seedlings of several Sakata varieties were raised in trays with 200 cells at a commercial nursery in Mooketsi in May – June 2006.

Stage 1-seedlings had only two true leaves, with the next ones just visible.  The roots did not fill the cell and the medium was still loose.  This made transplanting a little more difficult than normal.

Stage 2-seedlings mostly had four true leaves and the roots filled the cell to hold the medium (Figure 1). 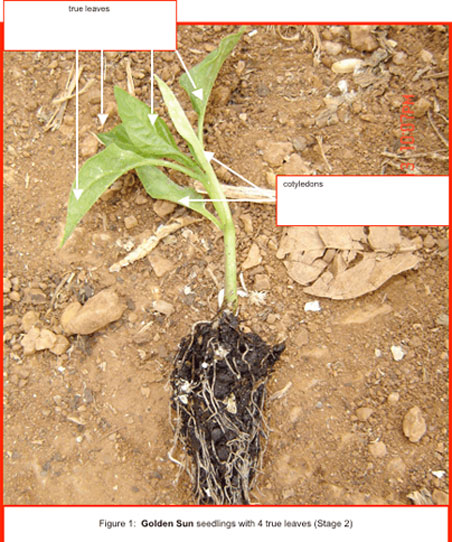 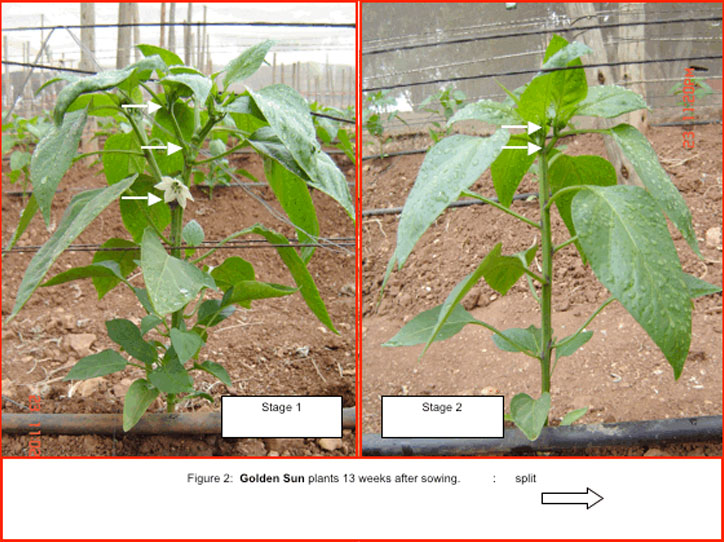 Not all varieties responded in the same manner.  It seems very important to transplant seedlings of the line MPS 0443 when they are young as Stage 2-seedlings lagged behind Stage 1-seedlings (Figure 2).  Double Up on the other hand, appeared less sensitive to seedling age.

A few points to remember