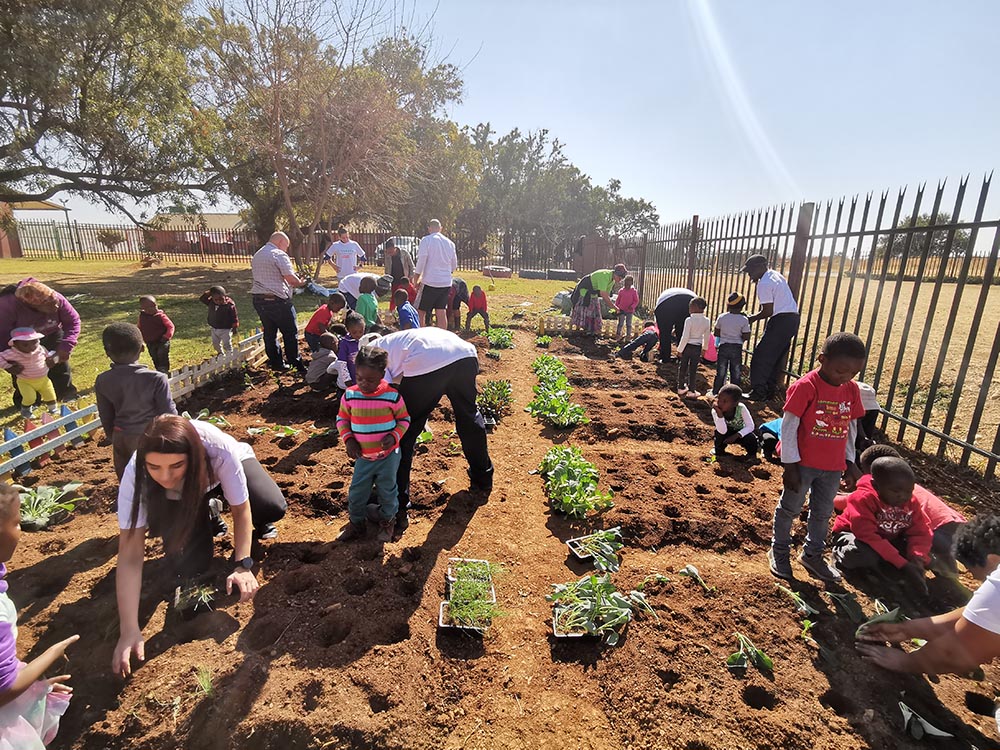 In honour of the late former president of the Republic of South Africa, Nelson Mandela, the United Nations has declared his birth date Nelson Mandela International Day in 2009.  Since 18 July 2010, Mandela Day is celebrated by people all over the world by getting involved in charitable activities.  Mandela Day is a global call to action that celebrates the idea that each individual has the power to transform the world and the ability to make an impact. The Mandela Day campaign message is: “Nelson Mandela has fought for social justice for 67 years. We’re asking you to start with 67 minutes.”

The event has grown from only 2 countries participating in 2010 to as many as 140 countries doing something charitable on this day in 2019.

To celebrate Mandela Day, the Sakata staff at our Head Office took the opportunity to support Tsalanang ECD. Instead of only making a difference in 67 minutes, the Sakata staff went the extra mile and spent the whole day at the Tsalanang pre-school.

The day consisted of multiple interactive activities with the toddlers, which were started off by reading them storybooks in their various classrooms.  The children then joined some of the Sakata staff on the soccer field where they all enjoyed playing a game of soccer, while the rest of the Sakata team prepped the vegetable garden on the premises.  After the soil of the vegetable garden was prepared the whole Sakata team and the kids joined in planting seedlings of various Sakata vegetable varieties.  The kids absolutely loved getting their hands dirty and at the same time getting educated in a fun way.  With all the activities during the morning, everyone worked up quite an appetite.  The day ended with the children decorating and eating cupcakes which left everyone with a full and satisfied tummy.

It is safe to say that it was such a heartfelt experience filled with lots of fun, smiles and most importantly, sharing love. All of this while educating the younger generation about sustainable living.